Visit of an Arab Society for Plant Protection delegation to ControlMed project in Sidi Thabit, Tunisia

Visit of an Arab Society for Plant Protection delegation to ControlMed project in Sidi Thabit, Tunisia 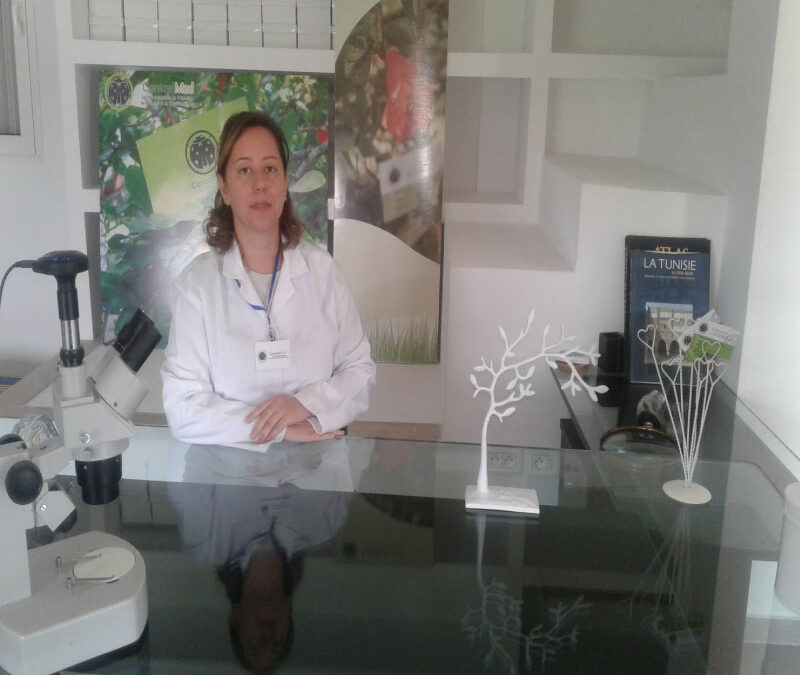 On December 13, 2018 a delegation from the Arab Society for Plant Protection (ASPP) represented by Ibrahim Al-Jboory, ASPP president, Khaled Makkouk and Safaa Kumari, ASPP Executive Committee members, in addition to Asma Najar, the 13th Arab Conference of Plant Protection Organizing Committee Chairperson visited ControlMed at Sidi Thabit, a young and innovative startup in Tunisia. The project focus on local beneficial insects’ mass-rearing, produced in Tunisia and marketed inside and outside Tunisia. The founder and CEO of ControlMed is Dr. Faten Hamdi, an agricultural engineer specialized in horticulture and plant protection. She studied at the National Institute of Agricultural Sciences in Tunisia (INAT) and the Higher Agricultural Institute of Chott-Mariam (ISA-CM, Sousse, Tunisia). She obtained a Master degree in environmental diversity and microbial and parasitic interactions at the University of Montpellier 2 (UM2, France) and a joint doctoral thesis from the University of Sousse (Tunisia) and the University of Montpellier 2 in Agricultural Sciences, Plant and Environment Protection and Biological Sciences. ControlMed is an industrial company created in 2014 and licensed by the National Agency for the Promotion of Industry and Innovation. The idea of the project came after the successful participation in an entrepreneurial contest (PACEIM) in 2011 organized by the Research Institute for Development (IRD, France, http://www.ird.fr), which encourages high school graduates in Mediterranean countries to launch their own innovative projects. ControlMed was also among the winners of the first session of the national debate for innovation in 2014, http://www.concoursinnovation.tn/edition2014.asp Within the same year, the company signed a cooperation agreement with “Institut de l’Olivier” in Tunisia (http://www.iosfax.agrinet.tn/)
to establish its production unit according to standards and to invest the results of Tunisian scientific research in the field of beneficial insects propagation. ControlMed seeks to value the local natural resources of beneficial natural insects and biological control agents and their intensive propagation based on scientific research results. In this context, the company started its first phase by producing two insect species because of the availability of marketing opportunities in the local and foreign markets. The Trichogramma, as natural local parasitoids on lepidopteran eggs which is very efficient bio-agent on of certain pests, such as carob/dates moth, tomato leaf miner was selected. ControlMed was involved in a national program for the biological control of Carob moth in Tunisian pomegranate orchards. The framework of this program is an agreement for Trichogramma supply was signed for the years 2015, 2016, 2017 and 2018 with an inter-professional fruits group (http://gifruits.com/)
under the supervision of the Ministry of Agriculture. ControlMed’s participation under this program covered 3000 ha of pomegranate orchards (3 to 4 releases/ season) in seven production sites in the north, south and central regions of the country. The Mediterranean flour moth, Ephestia, reared for its eggs and as an alternative host for the mass-rearing of beneficial parasitoids and as a food supply to multiply predatory beneficial insects such as ladybug, bugs, green lacewing and others. ControlMed is looking for foreign markets for its two products in Europe, Middle East and Africa. The company objectives beside the production of beneficial insects is organizing open house days to introduce its activities to the public (schools, NGO, local communities, and others). Also, it organizes awareness days about biological control and pest’s sustainable management tools. The company is also keen to maintain communication with scientific researchers by participating in the formulation of student’s theses from schools and higher education institutes and developing agricultural research projects with Tunisian and foreign research centers. In spite of its modest capabilities, the company participates actively in scientific seminars and conferences related to entrepreneurship. Dr. Hamdi is a member of several associations concerned with women entrepreneurship leaders. (http://www.utica.org.tn/Fr/chambre-nationale-des-femmes-chefs-d-entreprise_11_36) ). In 2019 and 2020 ControlMed will contribute in the development of its R & D activities by participating in an European program “MOBIDOC” (http://www.anpr.tn/mobidoc/) http://www.anpr.tn/mobidoc/) in partnership with the National Agency for The Promotion of Scientific Research (http://www.anpr.tn/)to train and integrate three newly graduated Ph. D. students to work on research in the field of pests biological control of fruit trees and stored products in cooperation with three Tunisian research centers.
http://www.ird.fr/toute-l-actualite/actualites-institutionnelles/lancement-du-paceim
http://www.anpr.tn/mobidoc/ 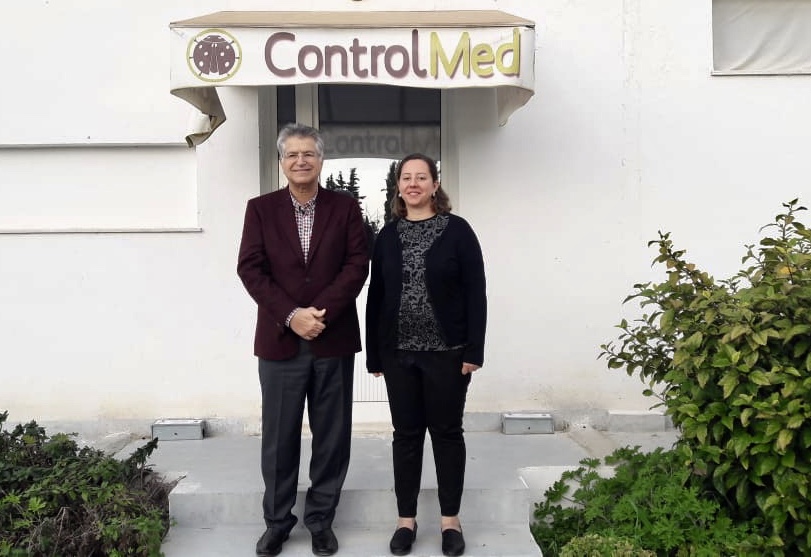 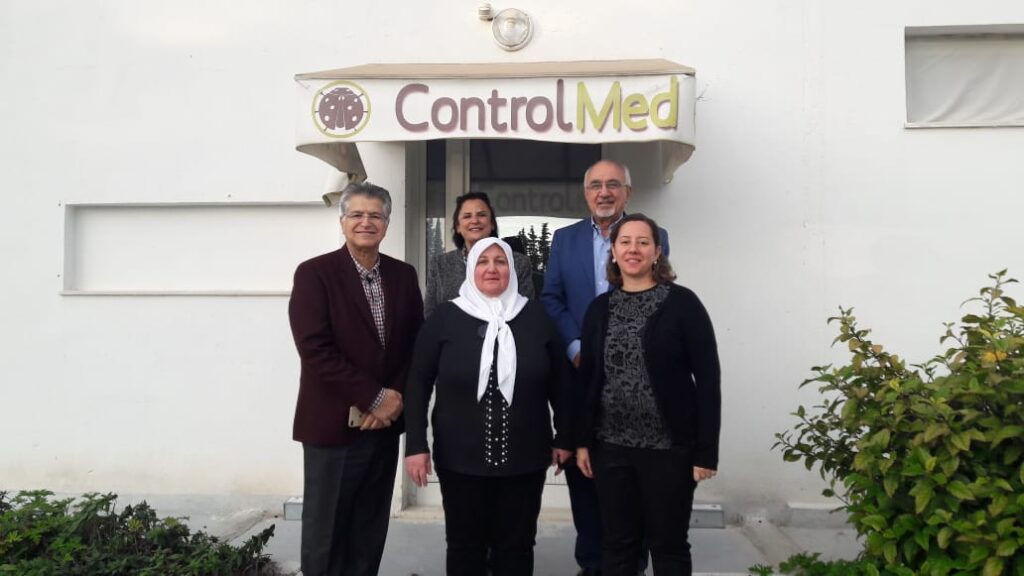 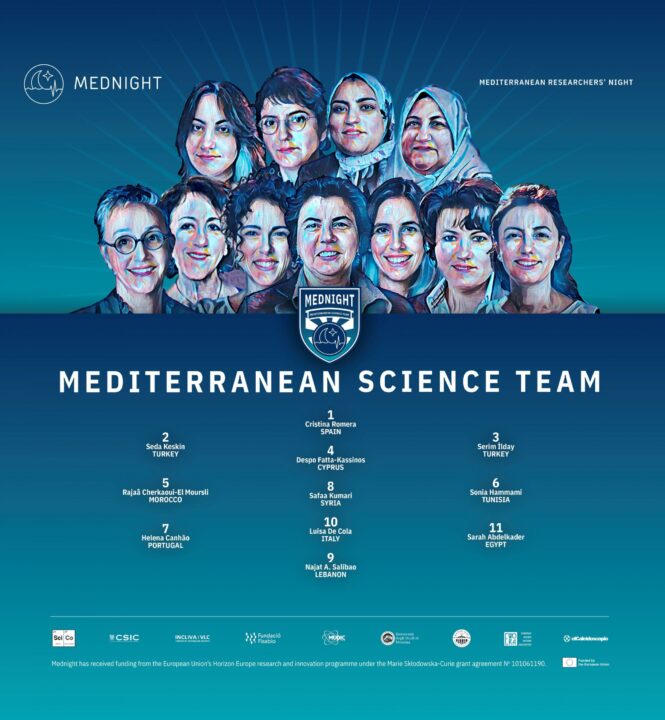 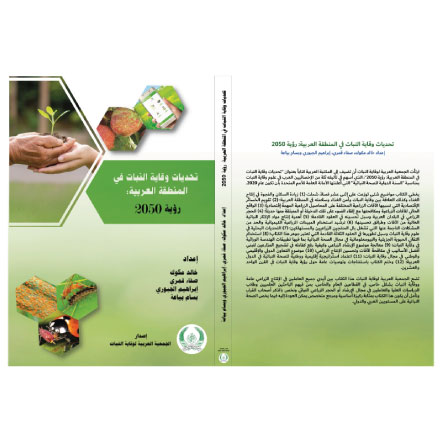 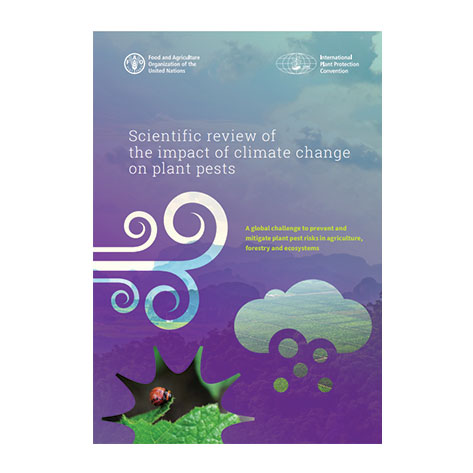